A significant volume of global trade consists of international transfers of goods and services, capital and intangibles within MNE groups and thus between related parties.

Absent regulation, pricing of controlled transactions within MNE Groups would be determined by forces that differs from those that govern pricing between independent parties – e.g. the overall group profit and taxation. 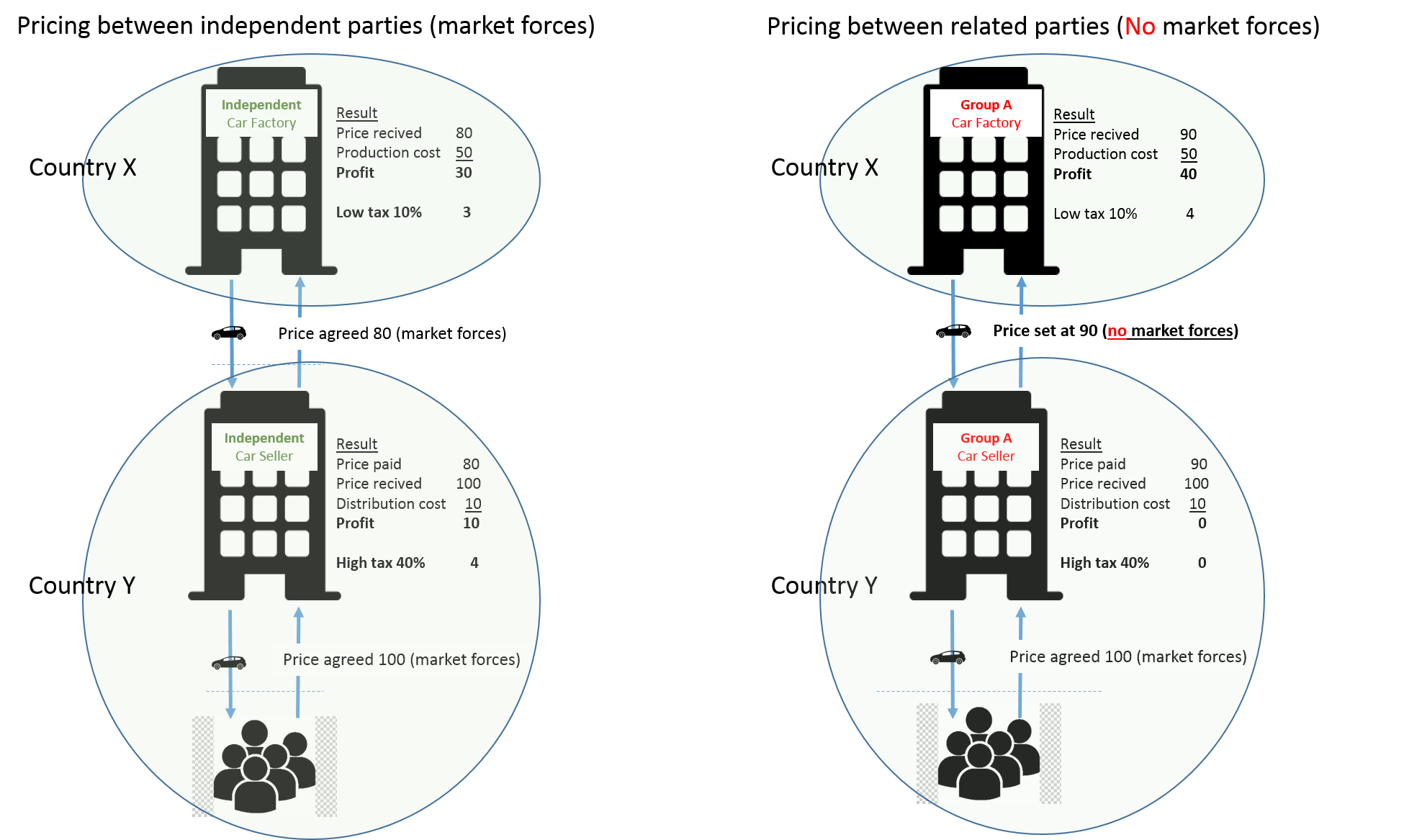 This would result in (1) obstructions to world trade as competition between MNE groups and local businesses would not be at equal footing, and (2) erosion of taxing right in souvereign contries due to MNEs reallocating  profits and tax bases in group companies operating in high tax counties to low tax countries.

For these reasons regulation is needed. “Transfer pricing” is the general term used for regulation of pricing and terms in controlled transactions. In most countries transfer pricing is governed by the Arm’s length principle.

Transfer pricing regulations would allow for an adjustment  in the example above. The price of 90 set in the controlled transaction between related parties would be reduced to 80 based on the price agreed between independent parties under comparable circumstances.

The authoritative statement of the arm’s length principle is found in paragraph 1 of Article 9 of the OECD Model Tax Convention, which forms the basis of bilateral tax treaties involving OECD member countries and an increasing number of non-member countries and on which most countries internal regulations are based.

By seeking to adjust profits in MNEs by reference to the conditions which would have obtained between independent enterprises in comparable transactions and comparable circumstances, the arm’s length principle follows the approach of treating the members of an MNE group as if they were operating as separate entities rather than as inseparable parts of a single unified group.

Transfer pricing does not necessarily involve tax avoidance, as the need to set such prices is a normal aspect of how MNEs must operate. Where the pricing does not accord with internationally applicable norms or with the arm’s length principle under domestic law, the tax administration may consider this to be “mis-pricing”, “incorrect pricing”, “unjustified pricing” or non-arm’s length pricing, and issues of tax avoidance and evasion may potentially arise.